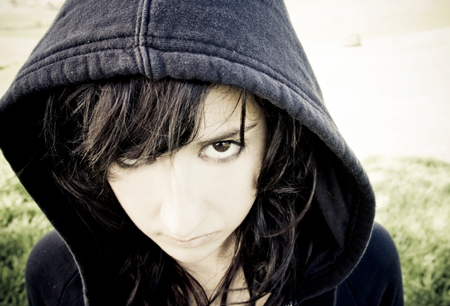 Several years ago, Trace Investigations assisted an attorney in the defense of a man charged with sexually molesting his 15-year old step-daughter. The defendant – let’s call him Leon – said the charge was a false allegation from a troubled girl under the influence of her vindictive mother, Leon’s former live-in girlfriend.

Leon had been married once before and had two children from that marriage, both of whom were now in their teens. He had prior misdemeanor convictions for alcohol related offenses, but nothing in recent years and nothing involving sex crimes or domestic abuse. Leon was an industrial construction manager and had always provided for his children, staying current in his child support payments and continuing to assist in other expenses related to their upbringing. Leon said his ex-wife would verify that there were no issues during their marriage or since involving inappropriate behavior with his children. He also provided the name of another previous girlfriend with kids who would verify that there were no such issues in his relationship with those kids. However, these witnesses could not provide factual information about his relationship with the most recent girlfriend and her daughter.

Our attorney client agreed that the first approach of the investigation would be a background on the accusers — let’s call the mother Gloria and the daughter Ginny. We already knew a lot from Leon. He and Gloria dated for almost three years and were planning on getting married and building a new home large enough for the three of them and Leon’s two daughters when they visited. Leon said that Gloria had struggled financially in the years leading up to when they met. Ginny’s father had departed shortly after she was born and had been in arrears on child support since Ginny was 6 or 7. He had moved out of state and no effort had been made to collect the child support. Leon had rented a nice house for the three of them, but had returned to his two bedroom condo when the relationship with Gloria had soured. The complaint against Leon was filed about a month after he moved out. There were a number of counts in the indictment, each corresponding to a possible day and time when Leon had been alone in the house with Ginny. Gloria had alleged that she and Leon broke up shortly after she confronted him about inappropriate sexual contact with Ginny. Leon, however, said the breakup – and the accusations that followed — occurred because Gloria was angry with him when he refused to rush into buying a house for the three of them. He said that Ginny was an emotionally fragile girl and that he was seldom alone with her, on purpose. He said she could easily be influenced by her mother, who had “anger issues,” and he believed Ginny was probably sexually experienced when he first met her. Without Leon in the picture there might not be any more nice vacations or better homes, and when the lease was up she would have to vacate the nice house with new furniture. Was Gloria a vengeful person? That was the question the investigation had to answer.

And answer it we did. Our investigation into Gloria’s past found two other male companions, one of whom testified that he had faced the same accusations from Gloria and her daughter when Ginny was five years old. The complaint couldn’t be verified when proof showed a short term relationship and an angry Gloria who had been denied help in purchasing a new car. It took a while, but we eventually located Ginny’s father in another state, even though he had moved around a lot since leaving Gloria and their baby years ago. We sent a local colleague to interview him and obtain a formal statement. He reluctantly agreed and a court reporter was hired. Gloria had accused him of rape, but the case never came to trial and he moved out of state. We were able to locate the original court and police filings to verify his story. We assumed that if our case ever came to trial, this gentlemen would have moved again.

We further verified Leon and Gloria’s relationship with others who knew them during the period they were together, as well as others who knew about Gloria’s volatile temper. We also discovered that Ginny was probably sexually active at an early age and had once accused a middle-school boy of raping her. The charges were never substantiated, and the parents of the accused boy verified the matter. A lie told thrice.

When our attorney client provided details from the investigation to the local prosecutor, he offered a settlement on a lesser charge with no additional jail time, which the defense refused. A short time later all charges were dropped.

When you need to investigate false accusations in any civil or criminal matter, contact the professionals at Trace Investigations at 800-310-8857.