A Reprieve for Thanksgiving 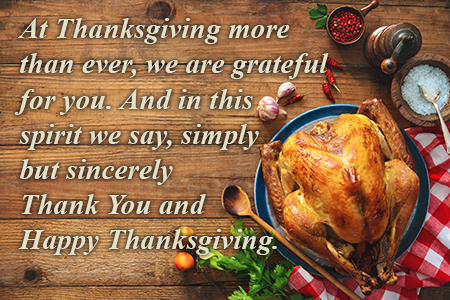 In the early days of Trace Investigations, in addition to my investigator license issued by Indiana’s Professional Licensing Agency, I carried a bail agent license issued by the Indiana Department of Insurance. At the time I had a partner in Indianapolis who, in addition to carrying his own PI license, had a longstanding and successful bail bond business, headquartered near the Marion County City-County Building, where the courts were located. I never wrote many bail bonds in Monroe County. It was a competitive field here in those days and in the surrounding counties, but that was okay with me. I had no real interest in being a bail agent, and my PI work in Indianapolis and Bloomington kept me busy and on the road a lot. However, a licensed bail agent in Indiana can also chase and capture bail fugitives, and I would occasionally get a call from my partner’s office to help skip trace and pick up one of their bail clients who had failed to appear for a court hearing. Such was the case one cold November shortly before Thanksgiving.

Let’s call the fugitive Jack. Only 24 years old, he had an extensive criminal record for various misdemeanors and a few felonies, but nothing in those court cases indicated he was violent. He had served time in prison and was apparently afraid of going back because of the pending charge that led to his flight. That charge is lost to memory, but not how I found Jack.

It is no secret in the bail enforcement business that the holidays are a target-rich opportunity for finding a fugitive and returning him to jail. Unless the fugitive is a violent and dangerous criminal on the run from law enforcement in addition to his bail agent, chances are he will risk a visit to a relative during the holidays, especially Thanksgiving or Christmas. The trick for the bail recovery agent is figuring out which relative and exactly when during the holiday that visit would occur. Jack’s file indicated he had no siblings but was close to two of his uncles and his grandmother, who had posted his bail. She had reared him and had bailed him out of jail previously. Despite her best efforts, Jack had turned out to be the black sheep of the family. He had often used his grandmother’s address as his own, and it was the most recent address in his current file. He was a construction worker by trade, but his work had always been seasonal, when he wasn’t stealing. I figured Jack was moving around, staying with various friends, but we had a limited roster of who those friends might be. His uncles had families with young children and it was unlikely Jack would show up at their homes.

My partner and I had interviewed Jack’s grandmother. She was polite and was concerned about Jack, and seemed sincere when she said she had no idea where he was or that she hadn’t heard from him since she bailed him out of jail. She believed he would eventually turn himself in before the court would demand payment on the surety bond my partner held, a bond insured by a substantial part of her assets. She didn’t think Jack would do that to her. We weren’t so sure.

My partner and I decided that our best option for a speedy recovery of Jack was to watch grandmother’s house during the Thanksgiving holidays. She worked but would be off for the holiday. We knew from interviewing Jack’s uncles that their grandmother always hosted a family dinner on Thanksgiving Day. They also told us that Jack wouldn’t dare show up. We didn’t believe them.

Since I was single at that time and my partner had already made plans, I volunteered to put grandma’s house under surveillance on Thanksgiving Day. One of my partner’s other recovery agents volunteered to relieve me after 12 hours. The house was in an ideal neighborhood for surveillance; one extra vehicle parked on the street would draw no undo attention on Thanksgiving. I picked a spot to park early that morning, where I could see the front of the house and the backyard. If Jack showed, I guessed he would either catch a ride or have a vehicle that he would park a couple blocks away and arrive through the back yard. I had no idea exactly when he would show up, nor just how my mind would wander during that long day of surveillance.

Around lunch time, Jack’s uncles and their families arrived at grandma’s house; but still no sign of Jack. I had also seen a number of other cars arrive at other houses in the neighborhood, with mothers and fathers, sons and daughters, aunts and uncles, grandparents and friends arriving to celebrate Thanksgiving Day. I had passed up an opportunity to join friends for Thanksgiving, and had made no plans to visit my family out-of-state. The significance of the day began to weigh on me. If Jack showed, was I really going to knock on grandma’s door and put him in handcuffs for the return to jail? There were young children in that house, with their widowed grandmother who was in all likelihood enjoying the occasion immensely, spending precious time with her family. In a situation like this one, where you locate a fugitive in a crowd of his family and friends, it’s best to call the police or sheriff’s office to assist in the capture. Even though the defendant might not be violent, you can’t predict the behavior of others. I was prepared to call the local police if Jack showed up. And he did.

Later that afternoon, a car stopped in front of grandma’s house and a man who fit Jack’s size and height got out of the passenger seat and headed up the front walk. The car sped away. I had seen the car circle the block a couple times before stopping but I was well hidden inside my vehicle. Cold, but well hidden. The man walking to grandma’s door was wearing a heavy coat and cap but it was Jack. I was sure of that. It was time to make that phone call to the police.

I didn’t do it. I wasn’t going to intrude on that family’s Thanksgiving, nor the brief visit they would have with Jack. I had overheard one of the uncle’s young sons ask his dad during my visit to their house the previous week, “What’s happened to Jackie?” I had never let sentiment interfere with an investigation, nor a fugitive recovery, and I owed no loyalty to the family, especially Jack. To this day, I’m not real sure why I chose not to knock on grandma’s door with a couple deputies at my side. I do know that I played a hunch that the car that dropped Jack off would return in a couple hours and retrieve him. I was right.

The car pulled up just before dark and Jack came out of the house and climbed in the car. As the car left the neighborhood, I carefully pulled out of my parking space and followed. By this time other cars were leaving too, so one more vehicle on the road went unnoticed. I followed the car to a mobile home park on the other side of Indianapolis. I did not drive into the park but was able to see the car stop just inside the front entrance to the park. Jack and the driver got out and went inside a mobile home. Then I called the police.

I hoped Jack had enjoyed his Thanksgiving with family. It was the last one for a few years. By then, I was out of the fugitive recovery business.