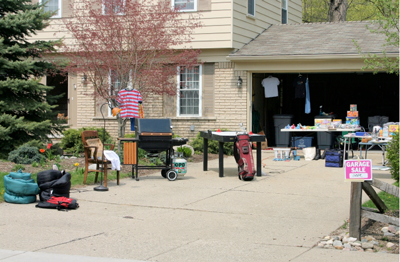 Charlie was on Worker’s Comp injured leave from his job at a large industrial construction company. He had allegedly injured his back to a degree where he would no longer be able to lift anything, including the lumber and steel framing sections, which was part of his primary duties with his employer. The employer was self-insured and their in-house claims manager suspected that Charlie had exaggerated his injuries. Charlie’s medical examinations had documented only soft tissue injuries in his lower back and he had been on WC leave for over four weeks, in the height of the construction season. The claims manager (let’s call him Ned) believed that Charlie should be able to return to work. Ned contacted Trace Investigations, and asked that we place Charlie under surveillance for a few days to document his activities. Almost any activity outside of walking and riding in a vehicle would be enough to question his injuries.

Our investigator was able to establish a safe and secure position in Charlie’s neighborhood to watch the home and its front yard and driveway. A second investigator was parked a block away with a good view of Charlie’s back yard. If Charlie did anything, they would be able to video any activity and follow him if he left in his vehicle, a late model pickup truck. The first two days not much happened. Then, early the morning of the third day as the sun was coming up, the investigators headed to Charlie’s neighborhood for what they feared would be a third day of no activity.

That quickly changed. As the lead investigator (let’s call her Tina) turned onto the street where Charlie lived, she saw a yard sale sign on the corner and it had Charlie’s address on it. As she passed Charlie’s house she saw him in the front yard, placing miscellaneous household items about the driveway and yard. He was getting ready for the yard sale. Charlie’s wife worked so it looked like he would be the one in charge for the day.

Tina quickly alerted her partner by two-way radio to secure a safe position to watch the front yard – and get his camera ready. Tina circled the neighborhood and then pulled into a parking spot across the street from Charlie’s yard, the last one available at the time. The yard sale crowd was already arriving, and Charlie was still placing items in the yard and driveway. Tina’s partner radioed that he was in position and had already video-taped Charlie moving about carrying items, but nothing large yet, mostly small items he was placing on a large folding table. Then Charlie emerged from the garage with a large, double kitchen sink and set it in the driveway, next to miscellaneous plumbing pipes and fittings. Charlie displayed no effort in carrying the sink and the other items.

Tina joined a few people wandering around the yard, looking at the numerous items on display for sale. Charlie was moving about, talking to people. Tina approached him and introduced herself, telling Charlie she was always looking for miscellaneous household items because she and her husband remodeled and flipped houses. Tina was interested in the double sink for a kitchen they were remodeling. She was also interested in some woven baskets for the same house. They agreed on a price. Tina grabbed the baskets and asked Charlie to carry the kitchen sink to her car across the street. He gladly obliged and showed no effort again in picking up the sink and carrying it to Tina’s car, carefully placing it in the trunk. Tina’s partner captured it on video.

Unwilling up pass up a good thing, Tina continued shopping and Charlie continued helping her carry items to her car, including all the plumbing pipes and fittings. By the time Tina left there were no more large items for sale and Charlie was busy mingling with the other shoppers, still showing no signs of physical impairment. Tina’s partner continued the surveillance until Charlie closed down the yard sale at 4:00pm. The next day a report and CD was presented to Ned. He authorized more surveillance on Charlie.

If you need assistance in the investigation of a suspicious insurance claim, don’t hesitate to call Trace Investigations at 800-310-8857.