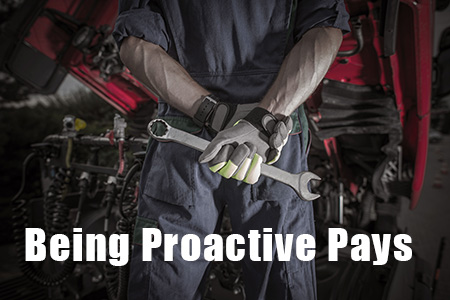 The Mechanic: An Insurance Defense Investigation

Burke Pangburn (all names have been changed) had been drawing temporary disability checks for several months when Trace Investigations received a call from the claims manager of the transportation company where he had been a heavy equipment mechanic for several years. The company was self-insured and the claims manager, Jeanne Delano, had received a tip that Pangburn was operating an engine repair business out of a shop space in one of his garage bays. He had injured his back at work, prompting the disability claim, so any activity we could document would vitiate or mitigate the extent of his alleged injury. Jeanne authorized three days of surveillance to start the investigation.

The claimant’s residence was in a busy neighborhood with several small businesses in the area, with a lot of daily traffic and plenty of on-street parking. We initiated a surveillance early one morning and at nine o’clock sharp Pangburn exited a side door of his home and proceeded to a large garage near the house. As he opened one of the doors our investigator captured the activity on video, including the inside of the garage showing his shop set-up. About five minutes after nine, a pickup truck pulled into the garage’s driveway, pulling a trailer carrying a riding “zero-turn” mower. The driver exited the vehicle and met Pangburn at the trailer’s tailgate. It became obvious the mower wouldn’t run, as the driver and the claimant moved the mower from the trailer and to the garage. The claimant displayed no difficulty as he steered the mower with one hand while helping push it with the other. As the truck driver left, our investigator recorded his license plate number, for future identification if necessary. The claimant proceeded to work on the mower’s engine throughout the morning, and after he had the mower running, he took it for a quick drive around his lawn. He then parked it and proceeded to work on what appeared to be a small engine inside his shop. We were able to document all activity on video.

At the end of the first day, we reported to Jeanne and she asked us to continue the investigation the remaining two days. The weather cooperated — as did the claimant — and we captured more activity on video, as the subject worked on mechanical equipment in front of and inside his shop. At no time did he exhibit any obvious impairments or inability to perform physical activities, including lifting heavy objects. During that time five more customers either dropped off equipment for repair or picked up what the claimant had finished repairing. We were able to subsequently identify all the customers. After receiving a full report on the investigation, which included all the video and a list of the claimant’s customers, our client’s insurance defense attorney scheduled an appointment with Pangburn and his attorney, presenting the evidence we had provided. Under advice of his attorney, the claimant resigned his position with the company and agreed to return the disability payments he had received.

At the first sign of possible insurance fraud, our client took a proactive approach and contacted Trace Investigations. Future losses were prevented and the company recovered the monies paid on a fraudulent claim.

When you need to investigate a suspicious disability or injury claim, contact the insurance defense specialists at Trace Investigations at 812-334-8857.