An Accusation of Molestation Proven False 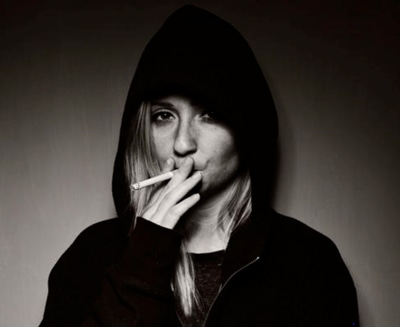 Charges of sexual assault or molestation are grave matters and the effect on victims and their families can be devastating. However, those who are charged with these crimes are entitled to their day in court. This is one such story, with the names changed to protect the innocent.

Bobby Stevens should have known better. He had a habit of supplying beer and cigarettes to teenagers in his neighborhood. But Bobby was a likeable fellow and enjoyed their company. The neighborhood was a rundown rural area, where many of the parents worked two jobs and came home late, leaving their latchkey teenagers to fend for themselves. Bobby was on disability leave one summer and was spending more time than usual with a handful of kids out of school and jobless. One evening he made the mistake of letting a teenage girl sleep over on his couch after a night of partying in his front yard with other kids. Let’s call her Abby. Abby told Bobby that both of her parents were working nights and she didn’t want to go back to an empty house, especially since she had drunk too much.
When Bobby got up the next morning, Abby was gone. He left to run errands and when he got home a sheriff’s deputy was waiting for him. Bobby was arrested for sexual molestation. Abby’s mother had been upset with her for staying out all night. In response to her mother’s anger, Abby said that Bobby got her drunk and molested her during the night. Her mother called the police.

Bobby’s defense attorney phoned Trace Investigations. He needed several teenagers interviewed, including Abby’s ex-boyfriend. He also believed Abby had made false allegations before. After several weeks of tracking peripatetic teenagers and dealing with overbearing parents, we got the information our client was asking for. Abby had indeed made false accusations previously in warding off her mother’s anger. In fact, Abby’s former boyfriend verified that he had been falsely accused by Abby, but she had eventually admitted she had lied because she was angry with him. Other witnesses verified in statements that Abby had a history of lying about her use of alcohol and drugs, and that she was a regular at neighborhood parties with teenagers where drugs and alcohol were consumed. Bobby’s attorney provided a detailed report of the defense investigation to the prosecutor, who confronted Abby with the findings. Under pressure from both the prosecutor and her family, Abby admitted she had lied about Bobby.

With the alleged victim’s credibility destroyed, the prosecutor dropped charges against Bobby, who still should have known better.

Result: A defense attorney’s case was won and a falsely accused man was freed. Trace Investigations was honored with a “shout out” from our client on the state’s defender network for our work on this case.