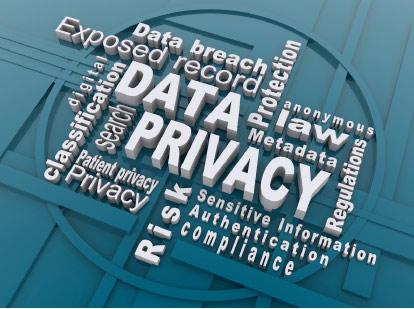 The Driver’s Privacy Protection Act of 1994 was signed into law by President Bill Clinton as part of Public Law 103-322 on September 13, 1994. The bill’s genesis was prompted by the murder of actress Rebecca Schaeffer, a popular young actress who starred in a TV sitcom, “My Sister Sam.” Her killer had obtained her address from a California DMV record obtained by a private detective, who in turn had gotten the address from a source in law enforcement.

The original federal bill had several exceptions that allowed access to personal information from driver records, but private investigators were not included. After an intensive national lobbying campaign orchestrated by the National Council of Investigation and Security Services (NCISS), private investigators were added to the list of those with access for “permissible purposes.” The constitutionality of federal law usurping states’ rights governing access to motor vehicle information was challenged in court, but the law was eventually upheld. However, states could add certain exceptions and many did, although Indiana followed the language of the federal statute. The IN.gov web site for access to BMV information requires users to acknowledge those restrictions and requirements as part of its allowing access; for example:

Licensed investigators and security services must maintain an audit trail of every login and the records accessed, including driver license records and registration and title histories, and be randomly audited. Trace Investigations’ most recent audit was earlier this year. To date, the Indiana Bureau of Motor Vehicles has never asked for specific case information, other than to verify the permissible purpose under which a specific record was accessed. We must maintain BMV records for five years, although the law does not state how we store that information. However, there are other state and federal laws that govern how private information is stored, and we include those compliance requirements as part of our best practices standards for data retrieval and storage, not only from BMV records but from all sources.

The issue of private investigators having access to consumers’ privacy information was with us before the Rebecca Schaeffer murder, and it will not go away. Over the years we have seen it in restrictions on our access to social security numbers, and NCISS has always led the lobbying effort to protect that access for legal investigations. Trace Investigations has been a member of NCISS since 1990, and we will continue to support its legislative efforts.

However, we are in a new era of data privacy concerns, and a new front is emerging on the fight to restrict access, and this time we have the data aggregators such as Facebook and Google to blame. We will be facing new bills in the 2020 Congress, and once again private investigators and their advocates will be on the Hill, protecting not only our access to certain information under strict conditions but the rights of our clients in protecting their legally vested interests. Look for more news as the battle heats up.

For your legal access to motor vehicle and other information, contact Trace Investigations at (812) 334-8857 or email tina@traceinvestigations.com .