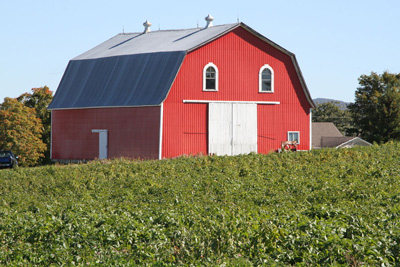 Not all asset investigations are the same, although they often start at the same place for an investigator: Does the subject of the investigation own any real estate? Property holdings are usually easy to determine if you know where the subject resides presently and has resided in years past. Often times, we discover the subject owns his principal residence but nothing else, and that property may be heavily mortgaged. This is not an unusual scenario when trying to determine assets beyond an insurance policy’s limits in an accident investigation, for example. However, we always look closely at the recorded filings on that residence, especially if there are other buildings in addition to the home.

One recent case prompted further investigation when we saw that a large, modern barn set at the rear of a subject’s three acres in the country. Although the accident had occurred in Indiana, the subject resided in Illinois, not far from the Indiana border. Our initial investigation showed that his property was not a farm and he wasn’t a commercial truck driver or owner who might store a large semi-tractor and trailer in such a building. Our subject was the driver who caused the accident; he was in his 30s and was an executive at a manufacturing facility. His wife was also in her 30s, and our social media investigation revealed she sold beauty products from her home. We wanted to know what was in that barn, which according to tax records had been built after he and his wife bought the property three years earlier.

We had already conducted a motor vehicle title and registration search and found only the two family vehicles, one of which had been involved in the personal injury accident we were investigating. We had learned nothing that told us the subject was a pilot, but, if he was or had been, any plane he might own would most likely be stored in an airport hangar. We felt that any watercraft he owned would be docked on a lake or other waterway. But, we had to know for sure about any possible titles or registrations on boats or aircraft.

In Illinois, aircraft must be registered with both the Illinois Department of Transportation and the Federal Aviation Administration of the U.S. Department of Transportation. There were no such registrations for our subject. In Illinois, watercraft must be registered with the Illinois Department of Natural Resources. Here, we hit pay dirt. The subject owned a 2015 Harris FloteBote Crown 250 pontoon power boat. The Harris pontoon boats are considered luxurious and command strong resale value. Further investigations found this boat listed for sale on the web site boattrader.com. We advised our attorney client of our findings and recommended he move to halt the sale of any of the subject’s assets, and that we continue the investigation.

Asset investigations are never simple. An investigator must carefully search for and, if found, scrutinize the subject’s real estate and personal property holdings. We must also look further when an initial investigation points to investment properties beyond the subject’s own borders, or to inconspicuous corporate holdings. A “deep web” investigation might reveal the subject is a registrant of one or more web domains not previously associated with his primary business. Social media research is now a regular component of all our civil and criminal investigations. Although they are expensive, bank and brokerage account searches are possible as long as a permissible purpose under law is established, such as in a judgment enforcement. Not all assets are hiding in plain sight.

When you need an asset investigation in anticipation of litigation, contact the professionals at Trace Investigations at 800-310-8857.