Insurance Fraud: A cost we all pay. 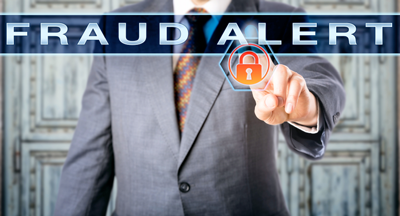 Fraudulent insurance claims cost the industry $5 billion annually. Unfortunately, the cost of fraud is not limited to any one entity; policy holders, employers, consumers, insurers and shareholders all bear the expense. The money paid out towards false claims could fund 38,133 four-year college educations.

When anti-fraud preventions fall short and people take advantage of the system by filing false disability claims, there is one sure way to address indicators of fraud in a claims: Hire a team of professional investigators.

Early investigation of a suspicious Workers Comp claim leads to early evidence and the chance to avoid costly litigation. Surveillance is a reliable way of obtaining evidence needed in a disability investigation. Interviews and research can corroborate the inconsistencies and build an even stronger case. Following through with the investigation will sequentially decrease the likelihood of other dishonest claimants surfacing.

Workers Comp fraud is just one layer of the fraudulent activity by employees. Unrecorded sales, write-off schemes and inventory theft are some of the most common asset misappropriations. As detailed in its Report to the Nation 2016, the Association of Certified Fraud Examiners Inc.’s survey revealed the following:

The ACFE encourages companies to conduct anti-fraud training and institute strong protective measures in its accounting practices. However, anti-fraud training and internal controls cannot prevent all fraud. In addition to a proactive approach in investigating suspicious disability claims and unexplained inventory shrinkage, a customized pre-employment screening program is a cost-effective way to limit fraud losses by finding the most qualified candidate for a job, whether the opening is on an assembly line or in an executive suite.

If you need help uncovering the truth call Trace Investigations at 800-310-8857.