The Case of the Angry Young Man 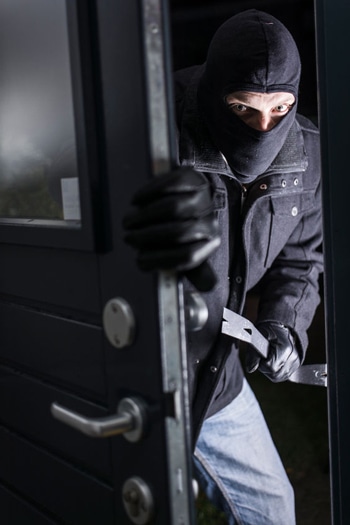 Several years ago, Trace Investigations was retained to conduct a fact-finding investigation on behalf of a young man charged with attacking a sleeping man and mutilating him. Our client, a well-known criminal defense attorney, was appointed to act as defense counsel.

Brian Bennett was an angry young man, the kind who carried an argument or grudge to the extreme. His extremes usually ended in violence. His wife of two years had discovered that the hard way, when he knocked her out during one of their frequent arguments. She left him the next day and with the help of her family and a good attorney, she had him arrested and obtained a divorce. Bennett served a stint in prison and managed to stay out of trouble after his release. For a while. He was never one to let a grudge go unanswered, and when he heard that his ex-wife was living with her new boyfriend, he saw a chance to have his revenge, in an unusual and perverse way.

In the dark of a moonless night, Bennett, wearing a ski mask and dressed in black, quickly crossed the back yard of his ex-wife’s house. He forced open the back door and quietly entered the kitchen. Breaking and entering was not a new skill set. Bennett quietly made his way to the downstairs bedroom where his wife and her boyfriend were sleeping. Jumping on the bed he hit the boyfriend in the head with a heavy object and then mutilated the semi-conscious man in horrible fashion.

As his ex-wife ran out of the house and into the street screaming, Bennett ran out the back door and disappeared into the night. He was arrested two days later and charged with several felonies, based on his ex-wife’s statement that he had threatened to come after her and her boyfriend.

There was no trace evidence connecting the defendant to the crime and the ex-wife could not prove he had threatened her and her boyfriend. Brian continued to profess his innocence. The prosecutor did not produce any other witnesses and the case was scheduled for trial. Brian’s attorney, our client, was concerned about the prosecutor’s over confidence and the apparent lack of any investigation to support it. He asked us to canvas not only the neighborhood where the defendant was residing at the time, but his other two addresses since being discharged from prison a year earlier. Our client’s concern was answered after a few days of knocking on doors, when we interviewed one of the defendant’s neighbors at his last address.

The neighbor had known the defendant for several years, but they were not close. He said that shortly after Brian’s arrest, he was visiting a friend who was just released from the local jail. This friend said he had talked to Brian while in jail and Brian admitted to him that he had mutilated his ex-wife’s boyfriend. The neighbor then told our investigator that his friend had given this information to the prosecutor and he was scheduled to testify at Brian’s trial in a couple weeks. Our investigator phoned our client from the field to ask if he knew anything about this “jailhouse” witness. He did not; no unknowns were on the prosecution’s list of witnesses. When our client confronted Brian with this news, he admitted not only to the crime, with a grin on his face, but that he had bragged about it to the former inmate.

We were unable to prove the new witness lacked credibility and he had received no favors from the prosecutor for his testimony. His jail time was coming to an end when his lawyer contacted the prosecutor with Brian’s story. Our client was able to negotiate a plea agreement to avoid the expense of a trial, but it meant Brian was to return to prison for a longer stretch. A small comfort to the ex-wife and her boyfriend, who was facing extensive reconstructive surgery.

In any investigation, we search for the facts, wherever that search may lead us. We cannot guarantee what we will find, but our clients need to know. Without all the facts – good, bad or otherwise – the chances of success in a particular matter are poorly defined.