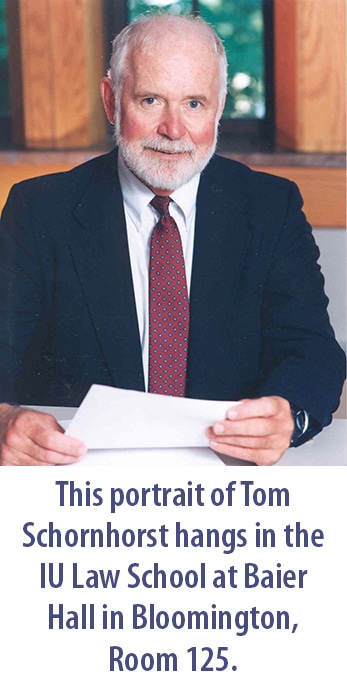 He is remembered well by many and missed to this day. I was honored to know him and to work closely with him on a number of cases over the years.

Attorney F. Thomas “Tom” Schornhorst passed away last year in Oxford, Mississippi, where he was an adjunct professor of law at the University of Mississippi. Tom was a Professor of Law Emeritus at Indiana University’s Maurer School of Law. He retired from IU in 1998 but continued to work in Indiana as a court appointed criminal defense attorney. Our first case together was several years ago, in the early 1990s, on a federal habeas corpus petition for a defendant on Indiana’s death row, Keith Canaan, convicted for murdering a young woman in her apartment in Evansville. Tom’s petition, in essence, argued not only that the defendant had ineffective assistance of counsel but that the jury which convicted him heard testimony about the defendant’s prior criminal history, which should have been excluded. Tom got involved after all state appeals were denied. The original trial was ten years earlier and Tom asked that I locate the original twelve jurors and interview them. Tom wanted to know whether or not the jurors would have sentenced the defendant to death had they not known about his criminal history. There was no actual innocence issue that could be considered. I was able to locate eleven of the twelve original jurors and all but one of them provided a signed statement, that had they not known of the prior criminal history, they would have sentenced him to life in prison without parole, rather than the death penalty. I had notarized the statements and Tom attached them to his petition before the court. Ironically, it was Tom’s other argument in the petition – ineffective assistance of counsel — that led the federal court to grant the petition for habeas corpus relief, vacating the death penalty. Rather than retry the case, Tom and the local prosecutor agreed to life without parole.  I hope I have not done Tom an injustice in my brief summary of the case. You can find an extensive review at http://murderpedia.org/male.C/c/canaan-keith.htm. 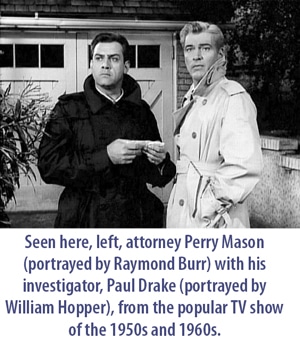 This was the first of several cases I worked with Tom as his defense investigator. Each one was a different and valuable learning experience for me and Tom was a delight to work for. His passion for the law and the rights of the accused was infectious.  One of my favorite Tom moments, however, was outside the courtroom, so to speak, when I introduced Tom to a fellow investigator and friend from Chicago in town visiting his daughter, a grad student at IU. Tom had spotted us at a table at his favorite lunch spot. When I introduced them, Tom replied, “Don Johnson is my Paul Drake!” The comment I expect would be lost on most young people these days, even those in the legal field. But for a baby boomer who was a big fan of the TV series, “Perry Mason,” and his private detective, Paul Drake, it meant a lot.