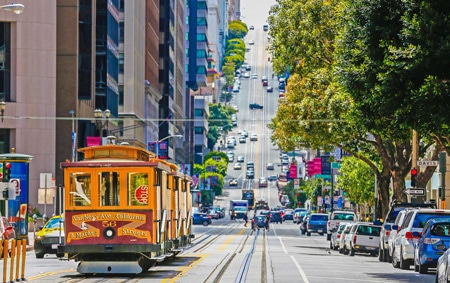 The names and places are changed, of course, but the case is a real one, an interesting one for sure. Trace Investigations was hired by the executor of an estate to locate the missing son of Timothy Duncan Sr., who had passed leaving a small fortune. The only named heir in the will was his son, Tim, who had moved away from his Indiana home in his early 20s, over twenty years earlier. Details on why he had moved were sketchy, but Tim was estranged from his family at the time, according to Mr. Duncan’s only sibling, a younger brother and his children, Timothy Jr.’s cousins, Derek and Dedra, twins a few years younger than Tim. The executor of the estate was Mr. Duncan’s longtime attorney and he had not been able to locate Tim, who had “dropped off the face of the earth.” The only other information he had was “Tim was a little strange.” When pressed for details, the attorney said that Tim was an introvert who kept to himself, more so after his mother passed away when he was an adolescent. He was not close to his cousins and had no known close friends. He was a troubled teen all through high school, and he and his father had never been close. He attended a state university for two years, living in a guest cottage on his father’s property. The only thing at college he had showed any interest in was theatre. One day after an argument with his father, Tim packed his bags, got in his car and left. That was the last anyone had seen or heard from Tim.

We began our investigation as we do with most cases on a missing person, by entering Tim’s identifying information in our databases. Our information revealed only what the attorney had discovered in his earlier investigation: traces on Tim’s SSN showed several addresses in cities in Colorado and California, but ended two years after he disappeared with an address in Oakland. That trail was now almost 20 years old. Next, we cross checked the last known address and developed additional names associated with the property, as well as neighboring addresses and names associated with those residences. Since Tim had lived at the Oakland address, an additional five individuals or families were associated with the location, which indicated the house was probably a rental property. We then contacted a colleague in San Francisco and requested she check the property records in Alameda County to confirm the ownership of the house. There was a slim chance the owner might have an old forwarding address for Tim.

Our colleague, Nancy, learned that the property was presently owned by a Tonya Fields, who had purchased the property approximately three years after Tim had lived there. Tonya Fields owned two other properties in Alameda, but the tax bills went to an address in San Francisco. We entered Tonya Fields in our databases, with the San Francisco address, and discovered that Tonya Fields and Tim Duncan Jr. had the same date of birth. Coincidentally, around the time Tim disappeared from Oakland, Tonya Fields shows up there, with no prior address history that we could find. Adding to the coincidence was something the estate attorney had told us. Tim and his mother were very close and she came from a prominent Hoosier family, the Fields. Was Tim now Tonya, who took her mother’s last name? We asked Nancy to knock on Tonya’s door in San Francisco. If Tonya used to be Tim, she was in line for a substantial inheritance.

Nancy contacted us a few days later. She had met Tonya, who said, yes, she was once Tim Duncan Jr. Nancy said that although Tonya was cordial in their brief conversation, she wanted nothing to do with the Duncan family. Nancy explained the possibility of an inheritance, but Tonya replied she didn’t need “the old man’s money” and she refused to contact the estate attorney.

We forwarded a high school graduation photograph of Tim to Nancy and asked her if she could see a resemblance with Tonya, although her transition from male to female would have been over twenty years ago. Nancy could not be sure, but said there was a resemblance. Nancy had also learned that Tonya Fields was a popular entertainer and producer in the San Francisco night club circuit, although she performed under a stage name.

Did we have the “best evidence” that Tim Duncan Jr. was now Tonya Fields of San Francisco and the heir to the Duncan estate? Not really. That would probably require a DNA comparison with Tim’s relatives. For the time being, our work was done. We provided all information to our client, recommending that he contact Tonya. Our bill was paid and we never heard further from the Duncan estate.

If Timothy Duncan Jr. was now Tonya Fields, it was the best evidence of a young person who left a dysfunctional family dynamic and created a new identity and a successful professional life.