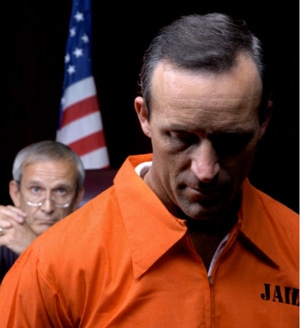 Allowing open court records is the foundation of judicial rectitude, grounded in the First Amendment, Sixth Amendment and common law. Since the dawn of the digital age, access to public records in the United States has increased rapidly; however the change of accessibility has created complex issues regarding privacy, standards, document authentication, and systems interoperability. This matter has opened a discussion between judiciaries nationwide, to consider the merits and perils of providing public access to court records. How that discussion eventually unfolds could result in conflicting rules and regulations from state to state, especially if local custodians of the public record are allowed any authority to make individual determinations on who gets access, and when and how that access is granted. Many of us see the greatest danger for the Sixth Amendment:

In all criminal prosecutions, the accused shall enjoy the right to a speedy and public trial, by an impartial jury of the state and district wherein the crime shall have been committed, which district shall have been previously ascertained by law, and to be informed of the nature and cause of the accusation; to be confronted with the witnesses against him; to have compulsory process for obtaining witnesses in his favor, and to have the assistance of counsel for his defense.1

In federal criminal trials, access to discovery for a defendant’s attorneys has always been a slow and arduous task. Often times, no discovery is provided on the exact identities of the government’s witnesses before trial. Any attempt to reach alleged witnesses for interviews is a guessing game for the defense attorneys and investigators. Thus far the states’ courts have not, by and large, duplicated this approach by their prosecutors and judges. Let’s hope they don’t.

Here at Trace Investigations we routinely search civil and criminal court records, in both our pre-employment screening and legal investigation divisions. At various and unexpected times we have found a “gem” in the public record that helped exonerate a criminal defendant, helped our client in a successful civil settlement, or lead to a successful locate of a judgment debtor or missing heir. We have written about some of those cases on these pages and will continue to do so. In the meantime, if you need help on a “thorny” case, do not hesitate to call us. We always scour the public record on every assignment.

When you need a thorough search through the public record, contact Trace Investigations at 800-310-8857.