The Last Act for an ID Thief 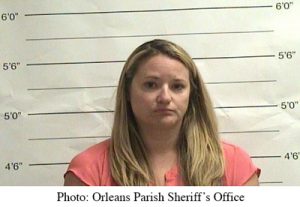 A 38-year old former payroll supervisor for the Louisiana Supreme Court was recently sentenced for stealing $116,000 from the state, after her conviction for creating fake payroll vouchers using the identities of four retired judges who fill in on the courts’ docket when other judges are not available. She deposited the pay checks into bank accounts that she controlled. She received a four year suspended prison sentence along with four years of inactive probation. She has repaid $70,000 of the pilfered funds and was ordered to repay the remainder as part of her sentence. If she successfully completes her probation and repays the money, she will be eligible to expunge the felony conviction. Sometimes, second acts are possible.

If you are the victim of identity fraud and need assistance in investigating someone you believe responsible, contact Trace Investigations at (812) 334-8857.